You all know about AVG accidentally erasing user32.dll on certain computers. People tell me the shops that repair this ask for Windows CD's + Product Key to fix the issue.

Is it not fixed when copying user32.dll to where it belongs ? (using a bootable cd?)
Posted by Paul Cobbaut at 14:36 1 comment:

Made a little time today to work on my Linux course. Almost all corrections from reviewers are integrated (as a stack). Some of those corrections require me to learn a bit more ;-)

I've been teaching the Linux Fundamentals four times since September and (partly) integrated my experience in the course to make the pace flow nicer between theory, demo's and practices.

The thing is, I spent most of today (again) on the "first steps" chapter (pwd, cd, ...). I must not touch it again, unless for typo's! Other chapters require more urgent attention:
- I need to rewrite the two bash chapters, the first one is too long (imho it should be split in two separate chapters), the last one is way too brief.
- I also think the File System Hierarchy chapter is too long (too much theory compared to the humble practice)
- Processes is kinda complete, but the order and layout can improve (same for vi)
- Scripting is incomplete and also needs some order.
- The first chapter (introduction) is a mess. Luckily i teach it better than it is written.

The System Administration course is in even worse shape. I'm really not happy about it. Okay, maybe the hard disk and LVM chapters are good enough, but kernel compile is really lousy. (I have completely rewritten the kernel compile chapter, but only in my mind, not yet on paper.)

Anyway, thank you all for encouraging me and telling me it is a good book. No, this is not a plea for more pats on the back, just look at this post as my todo-list.

I hope to have updated the bash chapters and the kernel compile chapter RSN.
Posted by Paul Cobbaut at 18:30 No comments: 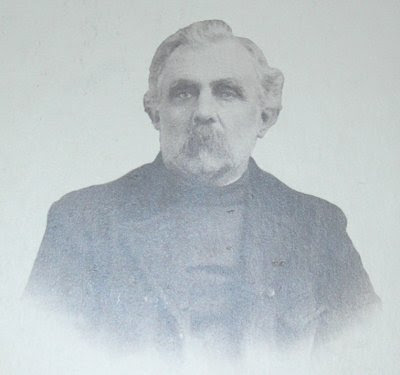 A bit late...because i didn't get this text written the way i want it.

Are you a dinosaur because even a plant can twitter ? Of course not. Is a twittering plant a sign of automatic-twitter feeds for people ? I think so.

In the future, when you go to a concert, a party or just get a hamburger, then auto-twitter-tweets (A.T.T.'s) will be twittering your every move. In the future, we are constantly tracked, monitored (and filmed?). So you can see which hamburger stand I prefer on Sundays, which parties I go to, and which concerts I attend. You can probably follow my gps coordinates, connect to live feeds of cameras close by, or even zoom in using the Google satellites(beta).

When you buy a T-shirt at the CFC concert, then your followers would know what T-shirt you bought, how many people bought it, for what price and in which order. In this future the T-shirt sale generates more statistics than the average bvlg post.

In this future, there are no l33t blogging or twittering communities, since all this can be done automatically. (Also, it will be hard to differentiate between generated content and real content written by real people.)

Parents can track their kids, banks their customers and lovers their lovers...it's going to be hard to surprise visit a friend, since they will mostly know where you are, with who, and what you are wearing, where you bought your clothes and for how much...must i go on ?

But Paul, I don't want this future. I don't want my bank to track me (or my parents to know about my lover). Well, tough luck. When GSM's first arrived on the scene, many people claimed to "never want one". How many people do you know today that don't have a GSM ? How many below 60 ?

Likewise, banks will not *force* you to be traceable *all* the time, but it will make your life a lot easier when you are. Same for cheaper insurance. Shops will not force you either, but fitting clothes and just walking out the store with them (with auto-payment when passing the door) is so much easier.

Where is your freedom when you can be followed, tracked, monitored, located, contacted *all the time* ? Is this future avoidable ? Can frogs be boiled (read it if you don't know the story!) ? That's the point, you don't see it happening.

Remember end of the eighties ? We had movies on TV without advertising. Even the minutes before (speaker) and after (too late) the movie where without advertising. At that time we had a discussion in school about how movies in the United States where interrupted up to four times for advertising. Nobody would accept such a intrusive thing here in Belgium. But it came gradually, one (announced) interruption, then two... last time i saw a movie on TV, the sound of the advertisement was mixed in the movie fading to the ad. yuk!

People that are not up to date with the latest technologies (or gadgets) are sometimes called dinosaurs.

By the way, to all my twitter followers, I promise to never twitter. Following my twitter will not bring you up to date on where I am, or what I do. I sincerely promise to not ever twitter anything useful or anything pointless. Not that i have anything against twitter...i just don't want to make the effort to type my tweets several times a day. Do i have to ? (answer in part 3 of 3 ;-)

I guess i don't get off this easy...i blog, i have a website, i know things about the internet, i am on a couple of social networks. So to some people i am the opposite of a dinosaur.

Is the gap between dinosaurs and the blogging/twittering/iphoning/secondliving online community widening ?

Thursday October 30th i went to the CD-release concert of the Country Feedback Club in Lille (Belgium!). The CD is good, the performance was good. Although i personally liked their acoustic setup two weeks ago in Antwerp more. And even though these guys have a lot of experience, i prefer to hear Danny's voice from Woodfever (provided they get their sound setup done). Anyway, "i was there"! 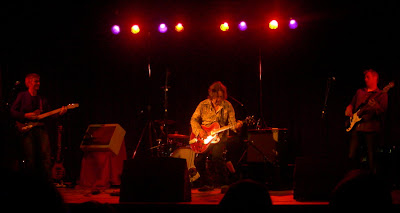 Saturday November 1st i arrived on time for Moulin Rouge, the Birthday Party. If you have seen the movie with Nicole Kidman, then you can imagine the dress code.

Afterwards i went to the ten year Cuba Bella Salsa party. I was really surprised by the (Belgian) Cuban group "Ache Havana" : An amazing life performance of ten musicians, packed together on an eight square meter podium. Damn these guys are good! Hm...was i there ?

I also went to the market on Sunday, got a hamburger, went back to the "Zoltjes" for some cake and stayed home for most of the afternoon. Really! Believe me! I blog it!