So far i am really enjoying living in the center of Antwerp. I have many many shops, markets, bars and restaurants within (very short) walking distance. I enjoy riding the bicycle to explore the city. At night there is absolutely no noise in my street, I believe I live in the quietest street of the city center.

I do need to explore the Antwerp nightlife some more...

The flat turns out to be great. I threw away a lot of junk before moving, so i have more cupboard-space now than i need... good move ;-)

I am still looking for some nice sofa's, preferably white/beige leather...

Oh, and the neighbours are really nice (yep i was filmed again).
Posted by Paul Cobbaut at 18:04 No comments:

The Belgacom guy that did not show up on Monday called me Tuesday morning asking whether someone was home. I said "no, but i can call my mother and she can be there in 30 minutes". When he arrived at my flat he said "i have received the wrong numbers from Belgacom, i cannot do anything here." Why did he not tell me this on the phone ??????

The other monopolist made me pay 20 euro to forward my mail to my new address. It worked for a couple of days, but the past two days my mail is once again delivered at my old address (a one hour drive).
Posted by Paul Cobbaut at 17:55 No comments: 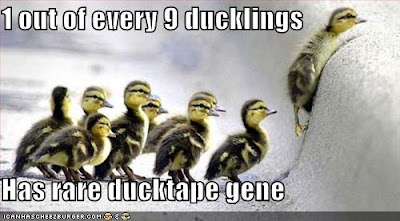 After commercial successes like Highlander (hardly ever saw it) and more recently Angel (really good series, but sacked to make room for two concurrent Stargate series), there was again hope. Last fall saw the start of Moonlight (an immortal vampire) and New Amsterdam (some kind of immortal detective).

Moonlight is getting boring, it lacks an empiric background story arc, it lacks characters, it is too much "yet another dull detective show". But New Amsterdam is very promising...until Fox decided yesterday to not renew the series. Damn :(

So besides Battlestar Galactica, is there any other series us sci-fi geeks should be watching (and buying on dvd!) ?

I'll order two of these (rsync), send offers to paul.cobbaut -at- gmail.com
Posted by Paul Cobbaut at 16:26 5 comments:

Features Windows should have

1. ssh
There is no easy way to get a remote shell on a Windows server, yet OpenSSH is freely available for Microsoft to include in Windows (every other OS does it).

2. syslog
I know there are third party solutions to include syslog in Windows, but this should be part of the operating system!

3. fhs
Maybe not literally fhs, but at least a file structure that includes /etc /proc /tmp /var /bin /sbin and other common directories. The current mess in drive letters and long directory names with spaces is just unmanageable.

4. nfs
I mean real built-in support for the latest nfs, listing directories in a standard /etc/exports file. Not the pathetic attempt they call "Services For Unix" (which has not been updated in over four years).

6. MBR and GRUB support
Installing Windows on a machine with GRUB will destroy GRUB. Windows should at least recognize GRUB and give a proper warning before overwriting the Master Boot Record. It would be even better if Windows would add itself to GRUB (just like any other descent operating system does).

7. GNU tools and bash
A descent shell with some handy tools.

8. /etc
Did i mention it should have /etc (not C;\windows\system32\drivers\etc with five measely files) but a real /etc with a working /etc/hosts and /etc/nsswitch.conf and all the others like /etc/resolv.conf, /etc/passwd, /etc/shadow, /etc/group, ... ditch the registry!

10. /
Stop using those pathetic drive letters and put everything under /.

12. A home directory for users
I mean a real home directory that contains all the customized user settings for applications. Not the current mix of fifteen different locations to store some simple information.

13. repositories
The same as number 9 in the PCWorld list. In windows Control Panel there exists an icon called "Add/Remove Programs". It would be nice if it was actually possible to add or remove programs with it! The thousand most common freely available programs (firefox,anti-adware,anti-spyware,openoffice.org,gimp,...) should be in there so users can easily add them!!!
The "remove" option should really remove the software and not leave (anti-piracy)traces all over the place.

14. gpl
Microsoft should gpl the complete Windows source code and focus on supporting companies instead of ripping them of with proprietary lock-in and restrictive licenses!
Posted by Paul Cobbaut at 09:53 10 comments: